One of the Sonic Street Technologies project’s main goals and commitments is to produce a global map of sound systems, sonideros, picós, radiolas and other independent, mobile audio systems playing recorded music. To produce this map, a survey form aimed at SST practitioners has been drafted, not without some difficulty. In order to collect quantitative data and be able to compare different SST scenes, the survey must have a certain degree of standardisation. This requires a process of linguistic and cultural translation that inevitably involves the power/knowledge nexus of any research project, but especially those dealing with popular music and culture.

by Liv Sovik and Brian D’Aquino

Drafting a classification of music genres that can be recognised within different SST scenes around the globe shows up the theoretical and political implications of the survey tool. As researchers, we try to promote and facilitate dialogue between sound practitioners and music lovers that we tend to consider distant relatives – but in fact those involved may never have heard of their “extended family,” while we do not always have precise knowledge about what they do and what they call it. As we take decisions on the categories to be used in the sonic map survey, we find ourselves with a power to name, a knowledge/power game that requires not only acknowledgement, but appropriate strategies for self-mitigation.

The problems of calling musics by their names

A first aspect to be considered in these decisions is the geographical and temporal limits of cultural and linguistic codes. The nuances surrounding dancehall music provide a good example. The name ‘bashment’, common in the US, UK, and Europe to describe the ‘harder’ dancehall made in Jamaica in the 2000s is barely acknowledged in Jamaica at all, while the term ‘ragamuffin’, widely used outside of Jamaica to refer to late 1980s and early 1990s dancehall, today might even sound derogatory to a Jamaican connoisseur. 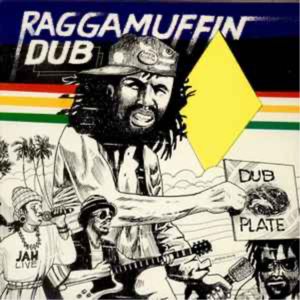 Another issue has to do with the broad classifications employed by the global music industry. Grammy-influenced labels such as ‘Latin’ or ‘World’ music are often contested and make very little sense in the global South, where the music is usually produced and called by other names. Even categories such as ‘Electronic’ or ‘Rap’ can be shaky, as much of the music currently coming from the African diaspora – flooding both the streets and the charts worldwide – could easily fall under both categories. Meanwhile, the streaming of music by ‘mood’ will increasingly complicate the problem of genre in the future.

Finally, common to all such major categories of music is the necessary ‘ear’ that distinguishes, say, between norteña, peñonera and sonidera as different styles of cumbia that are played in Mexico, distinctions that may be obvious to the ear, but difficult to describe in words. How, then, to make a survey questionnaire that, on the one hand, is sufficiently granular to allow comparison between different SST, and at the same time does not increase the number of subgenres to the point that there are so many separate grains that they cannot be gathered together? 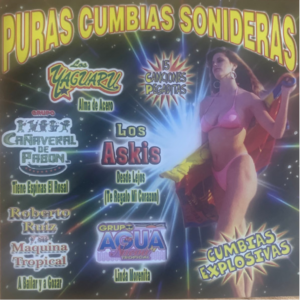 2002 CD compilation of cumbia sonidera released in the US

Classifying the sub-genres of Brazilian funk

The project experimented with thinking about all of these tensions when it came to the group of musical styles classified as ‘Brazilian funk,’ internationally known too as ‘funk favela’, and referred to as funk in Brazil. The term funk is, then, meaningful to outsiders, while insiders often use subcategories that speak more specifically to sound and taste. The problem was apparently technical: how to name the many sub-genres of Brazilian funk in a way that was sufficiently fine-grained to be used in future research? What happens if five years from now someone wants to know ‘what was really played’ in a specific SST scene? And how to translate a very local and intimate understanding of music into terms that could speak to completely different geographical, cultural and social environments? 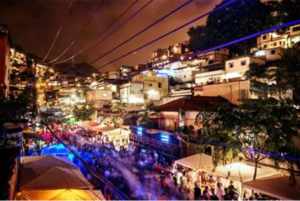 An initial list of nine subcategories of Brazilian funk included: brega funk, translatable as bas-fonds funk, which started in Recife and is oriented to dance; funk carioca, from Rio de Janeiro, relatively well known abroad and indebted to Miami bass; funk melody, with a light electronic beat and a pop sound; funk paulista, from Sao Paulo; funk ostentação, which is sometimes compared to gangsta rap; proibidão, which focuses on the violent side of favelas, exalting – at least apparently – drug traffickers and organized crime; rasteirinha, funk played at less than 100 bpm, with samba, reggaeton and other influences; rave funk, more electronic; and pagofunk, which combines funk with pagode, the music played at ‘backyard’ samba parties.

Checking these categories to make sure they covered the Brazilian funk scene meant consulting scholar-connoisseurs of funk who might answer such a query on a national scale. A first question on the listserv of the Brazilian Association of Ethnomusicology (ABET) yielded a reply from Michel Brasil, a scholar of rap from Belo Horizonte. He suggested, along with melody, ostentação and proibidão, already included in the nine suggested categories, those of consciente, montagem, and aquecimento (warm-up), while deferring to Carlos Palombini, an ethnomusicologist at the Universidade Federal de Minas Gerais who is a prominent researcher of funk. While waiting for further responses, Liv Sovik also consulted Leonardo Moraes Batista, of the Quilombo do Pensamento Negro at Universidade Federal do Rio de Janeiro, who backed up eight of the nine initial categories, though he noted that funk paulista and ostentação are the same thing and added funk pop (think Anitta), trap funk and funk putaria (literally, indecent funk). In sum, he fused two of the proposed categories, endorsed six of the remaining ones, excluded rave funk and added pop, trap and putaria as subgenres of Brazilian funk. 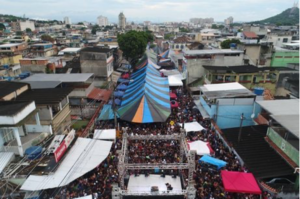 When Carlos Palombini weighed in, he referred to an article in which he and co-author Dennis Novaes discuss proibidões, which they quote MCs as saying are more like common journalism than sensationalism. They introduce the article as follows:

These categories are complicated because music can crosscut categories of theme, technique, ethos and standpoint: “When the fragments come from probidões, is it montagem or proibidão?” the authors ask. The subgenres proibidão and consciente can be understood as expressing different positionalities on involvement with violence; classification of a given piece of music as one or the other depends in part on how it is performed and by whom. On the other hand, in the 1990s wearing given designer brands indicated affiliation to different gangs in favelas, so what is basically funk ostentação has the connotations of a proibidão. One might add to Novaes and Palombini’s list of complications the fact that subgenres emerge, reach a certain ascendancy but can drift off the scene, remaining associated to a certain historical moment without creating new memories.

Funk MC at work (from the Web)

What is to be done?

This excursion into the realm of Brazilian funk nomenclature comes full circle to the problem that any choice implies: reinforcing a single subject position – and the authority of the researcher over the researched – by choosing a set of subgenres that not everyone will agree with, or including so many lesser categories that they become useless for broader research. The decision, now informed by considerations by different authors and actors, was to return to the first path: to use only the broader categories “Brazilian funk” – and cumbia and champeta – which are identifiable by everyone, and to investigate subgenres in more qualitative research.

Liv Sovik is a professor of Communications at Universidade Federal do Rio de Janeiro. Much of her research and writing focuses on Brazilian popular music as an avenue to understanding Brazilian imaginaries, especially around race and gender.

Brian D’Aquino is Senior Research Assistant in the SST project.  Author, sound system practitioner and music producer mainly based in the Southern side of Europe.