Over the years, certain SST cultures may grow to a level which the very same practitioners wouldn’t have ever expected. This is certainly the case for the Jamaican sound system: a globally spread, massively celebrated and widely inspiring culture – but also a local industry, which employs hundreds of professionals in different roles who together contribute to the development of Jamaican culture and music. This post sheds light on the formal associations that work in support of Jamaican sound system practitioners and artists in dealing with repressive legislation and copyright issues, while enhancing the profile of the sound system industry and its practitioner’s professionalisation.

There have been nine decades of sound system activity in Jamaica since the 1940s and subsequent global reach to all habitable continents. Sound systems have resonated with populations all over the globe and have served the masses in multiple ways. As the sound system business expanded, it took on new and exciting roles for communities of music consumers. In each decade there have been notable sound systems defining aspects inside and around the performance practice including technological innovation, vocal aesthetics, modes of playing and participation, community mobilisation, industry, organisation, and networking.

By the 1980s, one could easily count over 200 formal or informal operational sound systems across Jamaica’s music landscape, and by the 1990s organising for optimal operation became critical. Notably, Jamaica’s sound system industry suffered from much of the issues the broader Jamaican music industry has suffered. This includes lack of organisation, little knowledge of artists’ rights and business processes as well as lack of formalisation. This has hardly deterred practitioners within the sound system industry from doing their part in protecting the rights of the industry as well as presenting a solid front to outsiders. In addition, external stakeholders have enforced regulations around the industry ensuring that they adhere to the rules of broadcasting and performing. Though there is much work to be done, the sound system industry in Jamaica has worked towards organisation alongside external and internal challenges throughout the decades. 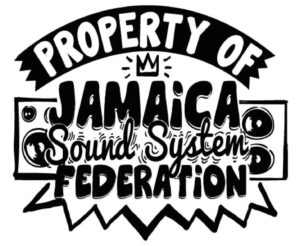 The Organisation of the Jamaican Music Industry

Sound systems and the associated music industry in Jamaica have become known for high degrees of innovation. This innovation at times demanded use of ‘made-up’ rules and has resulted in a general lack of regulation and formal structure. Analyses of the broader Jamaican music industry have highlighted its lack of organisation. For example, many artists are not members of collecting rights organisations or industry associations, and neither are many aware of the technicalities behind having a successful career in music including important means of protecting their outputs, such as copyright. The business of music has often eluded those who in fact have been creators of the business. Additionally, lack of proper mentorship and guidance in have played a part.

Despite the challenges, there have been many attempts to formalise and develop the music sector, particularly the sound system industry. In The Creative Echo Chamber, Howard analysed the organisational structure of the sound system industry using Bill Ryan’s (1992) theory on the organisational structure of the cultural industries. In this theory, Ryan outlined specified roles played by members of a team working within a cultural industry. These roles are: the primary creative personnel, the technical craft workers, the creative managers and the owners and executives. In mirroring this theory to the sound system industry, Howard  highlighted roles as follows [1] :

In the sound system ecosystem, one can identify these key players. Howard explained that this division of labour was further broken down into production and performance [2]. Notably, although such a breakdown provides some organisation to the industry, there are many instances in which key players have had to play several roles across these categories, which has demanded great innovation and flexibility but has also contributed to the dis-organisation within the industry.

External factors such as policy and legislation have also affected the industry. While there does exist some Government legislation guiding the operation of sound system spaces, these came much later than the sound system and, in some ways, have clashed with the ethos of sound system practice. Such legislation includes The Copyright Act of 1993 and the Noise Abatement Act of 1997. These legislative instruments did not target sound systems in particular, however, their operations were affected by them. As such, sound system operators have found ways of protecting their livelihoods and industry under increasing Government regulation [3]. 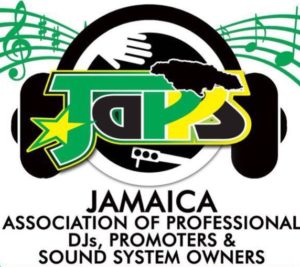 Over time, sound system operators took it upon themselves to create organisations within their industry. They sought to protect their own rights as well as stand in solidarity against external forces, including the Government, on various issues affecting them. Among these organisations created were The Jamaica Sound System Federation, the Sound System Association of Jamaica and the Jamaica Association of Professional DJs, Promoters and Sound System Owners (JAPPS).

The Sound System Association of Jamaica and the Jamaica Sound System Federation were both created by sound system owners who sought to group members together to work towards mutual interests. The Jamaica Sound System Federation is described on their social media platforms as, “a grassroots network of sound system owners, operators and selectors committed to developing the culture” [3]. The union of practitioners under the aegis of an industry association was instrumental in creating a single platform for voicing the concerns of sound system workers within the industry speaking from a place of authority and influence.

Similarly, the Jamaica Association of Professional DJs, Promoters and Sound System Owners also seeks to serve the best interests of sound system operators more practically. Their Facebook page outlines the goal behind their formation “to assist, guide and give structure to the entertainment landscape including the Noise Abatement Act… To create an even better ecosystem where practitioners can operate with an organised voice, lobby for industry change and standards, implement workable solutions whilst becoming more compliant with the laws that govern the environment”  [4].

Of note, while there have been significant challenges in maintaining membership, consistency of participation and unity of purpose, all three of these industry associations are active today. 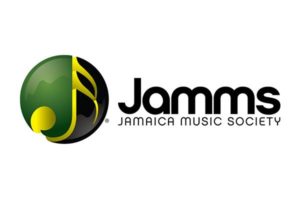 The JAMMS website explains that they are, “a private, non-profit organisation established under the Copyright Act of Jamaica to administer the intellectual property rights granted to the ‘Record Producers’, i.e. owners of the master sound recordings” [5]. JAMMS serves as a licensing agency and collection society. They grant licences to any organisation or group that may be playing broadcasted or recorded music. This includes radio broadcasters, television broadcasters and show promoters. By ensuring that they have their JAMMS licences, show promoters legally ensure the sound system operators have all requirements in place as they perform for their audience. This also ensures to some extent that law enforcement personnel do not seek to interrupt or end the festivities due to a lack of licensing. The role of JAMMS in the sound system industry is to ensure that the sound systems have the legal right to play recorded music which then ensures compliance around royalties collected for and on behalf of musicians and recording artistes.

Much like JAMMS, JACAP provides necessary licensing that covers sound system operations at a yearly fee. Specifically, they have the ‘Disc Jockeys and Sound System Operators Tariff.’ Among its conditions, JACAP  explains that “This tariff applies to performances of music by mobile disc jockeys (DJs), Sound System Operators and Karaoke Operators…. This tariff applies to performances of music at premises or outdoor areas which are not within the scope of other standard tariffs published by JACAP…”  [6]. JACAP is also in the business of protecting the intellectual property of the creators of the music themselves and issuing out royalties to their members. 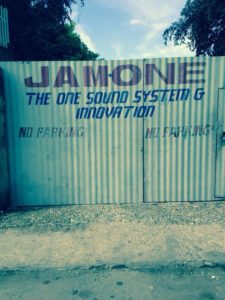 Jam One yard in Kingston is home to the JSSF

The Benefits of an Organised Industry

As in any industry, the key players must understand their particular roles within the ecosystem. Understanding their roles and importance helps to eliminate confusion over responsibilities. It is also beneficial when players organise themselves within an industry. Industry associations have proven to be important in the representation and legitimisation, of industries, particularly in fragmented industries environments such as the music industry. They present a united front and a single voice speaking out on issues affecting the industry and its players. Industry associationsThey also serve as authorities that may guide newcomers entering the industry as well as provide information to interested sources such as the media and researchers.

Additionally, external means of organising industries are also important. These may be legislative instruments from Government or other associated industries. Associations such as JAMMS and JACAP can ensure that the sound system industry does not exploit the multiple people who provide entertainment, especially the creators. While sound system associations will look out for their own interests, external associations such as JAMMS and JACAP will ensure the interests of musicians, writers and performers are protected.

While the only good system is a sound system, the only good industry is an organised one. Jamaican sound system associations have served some owners and operators but a more organised industry will ensure greater levels of accountability, productivity and success for all stakeholders. While the sound system culture has gone through many changes since its inception in the 1950s, it continues to benefit its members and to represent itself as a legitimate industry within Jamaica’s economic landscape.

Dennis Howard is a scholar and music historian with over 35 years experience in the creative industries, during which he has held several positions at various media houses in Jamaica. He’s a former entertainment journalist, radio presenter, television producer, and record producer.

Ashly Cork is a Jamaican writer, researcher and consultant for cultural projects. Her work is particularly focused on Jamaica’s cultural and creative industries with a special interest in music as a cultural practice and the global migration of it as such.