Sounding with a Purpose in the Port District of Turbo


This blog is the second iteration in a series of photo essays documenting the ongoing activities carried out by local forces in the Colombian region of Urabà with the purpose of preserving, nurturing and enhancing the local picotera culture which has been heavily affected by structural violence and government repression. Acknowledging the social and pedagogical value of the cultural practice of picós and gaining support and respect from local institutions and authorities is key not only to the survival of the culture but also for the wellbeing of the local communities. SST is proud to be able to offer a platform to amplify this absolutely relevant work and to offer some support towards consolidating the archiving of the sonic culture of Urabà. We’d like to express our gratitude to guest blogger Miladis Córdoba Rivas and our collaborators from El Gran Latido sound system (Bogotà) for their untiring effort in promoting and preserving SST culture in Colombia.

This year, as part of the 2022 Peace Week, the entities that comprise the Reconciliation, Coexistence, and Peace Committee of Uraba and Bajo Atrato – Darien, took it upon themselves to carry out a series of activities that sought to encourage participation, dialogue, and social mobilization amongst boys, girls, teenagers, and young adults, alongside the institutions that are tasked with providing protection and safe environments that dignify life in the context of territory-focused peace building. This was realized by promoting picotero culture, which has been stigmatized and made a target of structural violence in the Urabá region. 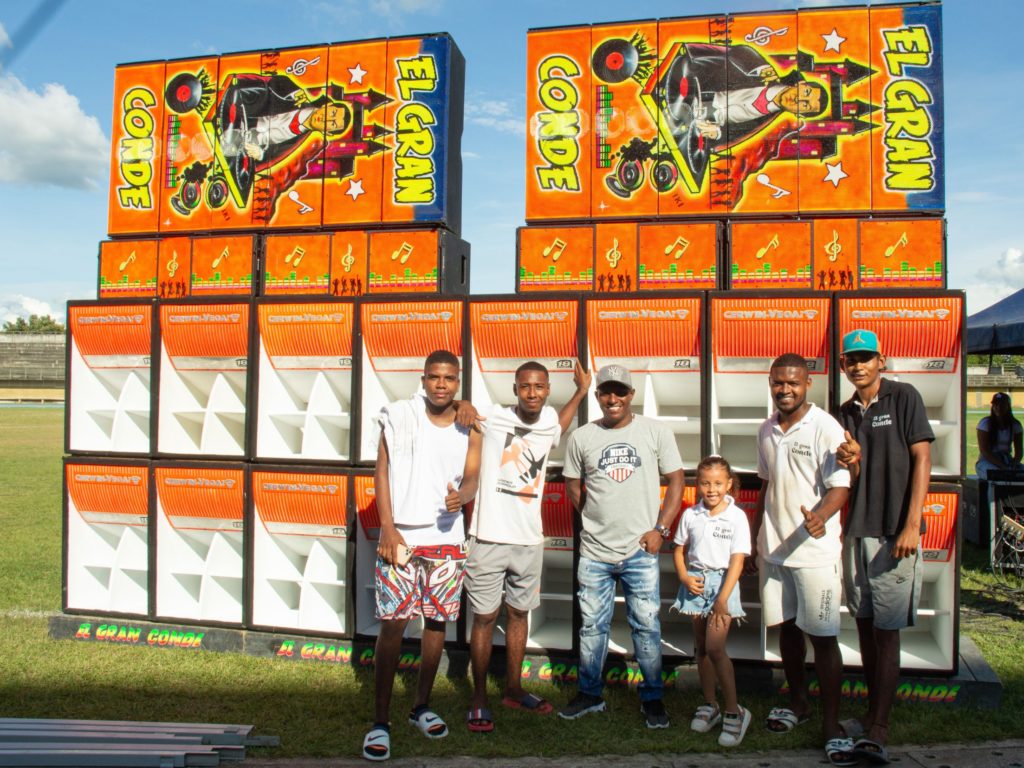 The effort culminated in the second Picotero Gathering: Playing with a Purpose, held on the 25th of September, 2022 in the JJ Trelles Stadium in the Turbo district. The gathering focused on a picó exhibition as a pedagogical initiative that highlighted the cultural, social, and dialogical potential of picotera culture, in the framework of consensual agreements between local and institutional authorities and the sound system practitioners and professionals of Urabá. 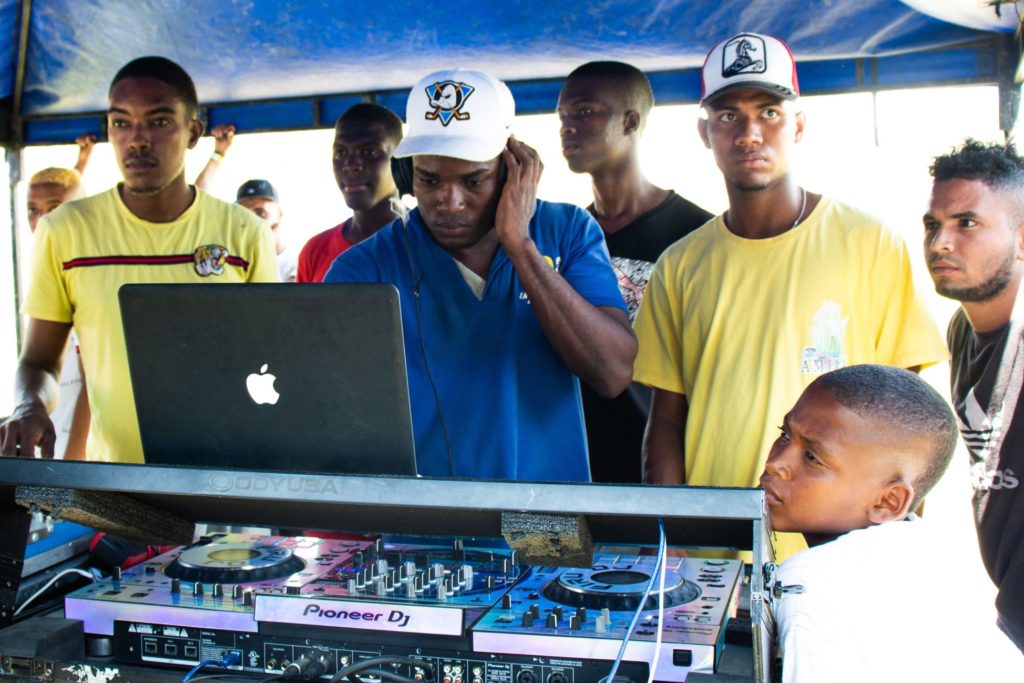 The event was opened by Hugo Alberto Torres Marín, Bishop of the Apartadó diocese, who made an invitation to the population to learn about picotera culture, enjoy the space in a healthy way, promote reconciliation, peace, and dialogue while focusing on rebuilding those spaces as a place of respect and responsibility. 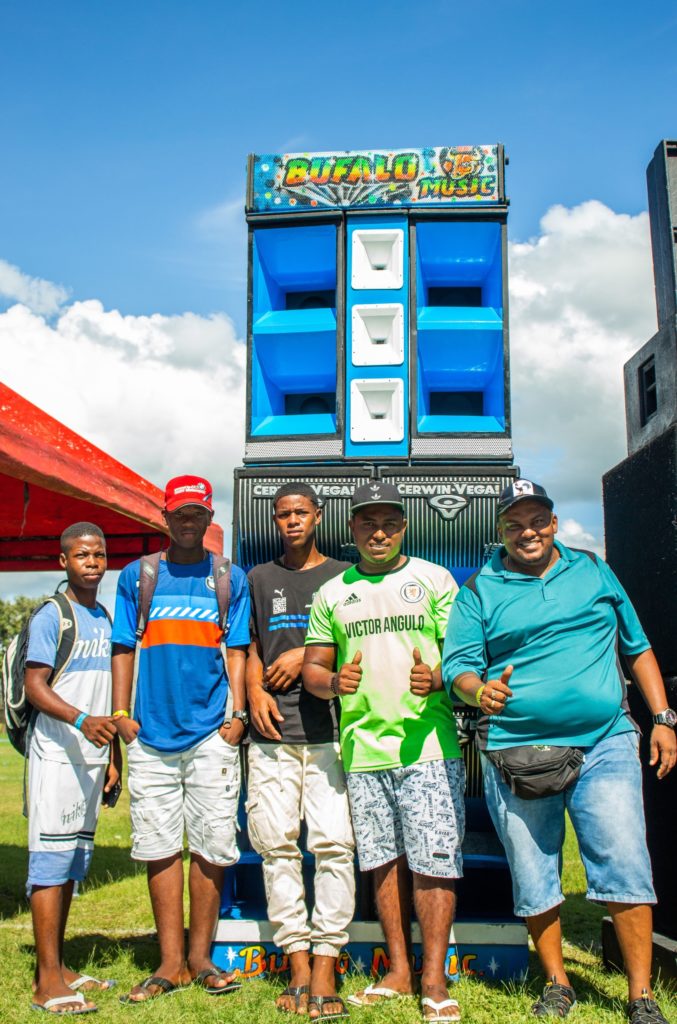 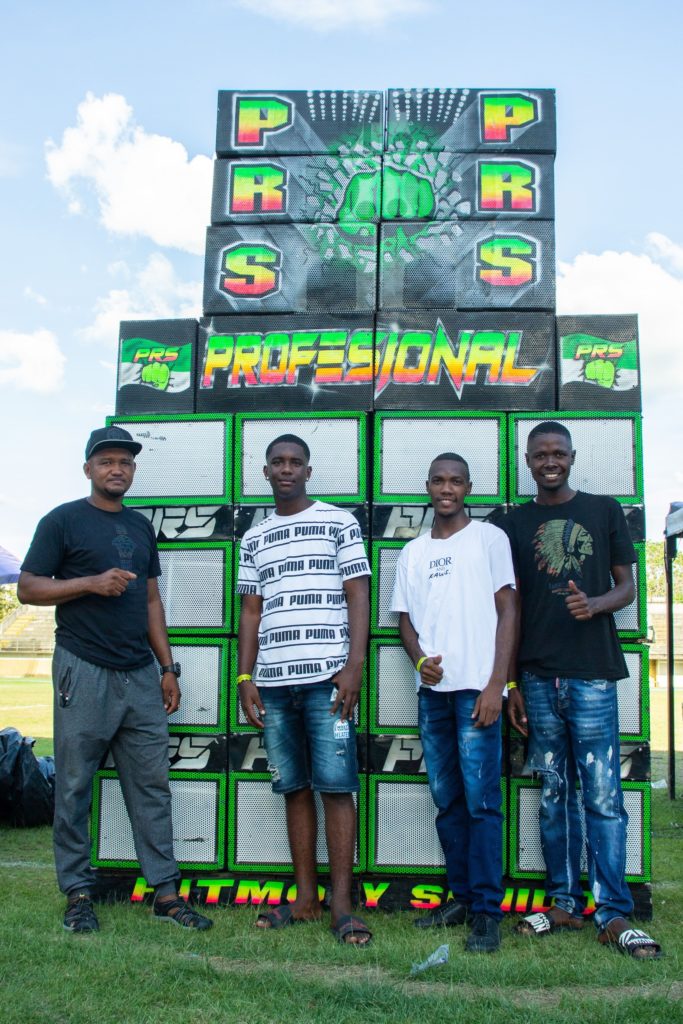 During the event, each picó had half an hour to talk about their own crew, describe the functioning of their sound system, make their proposal to fulfil the “Sounding with a Purpose” social precept, and finally to play their best music. 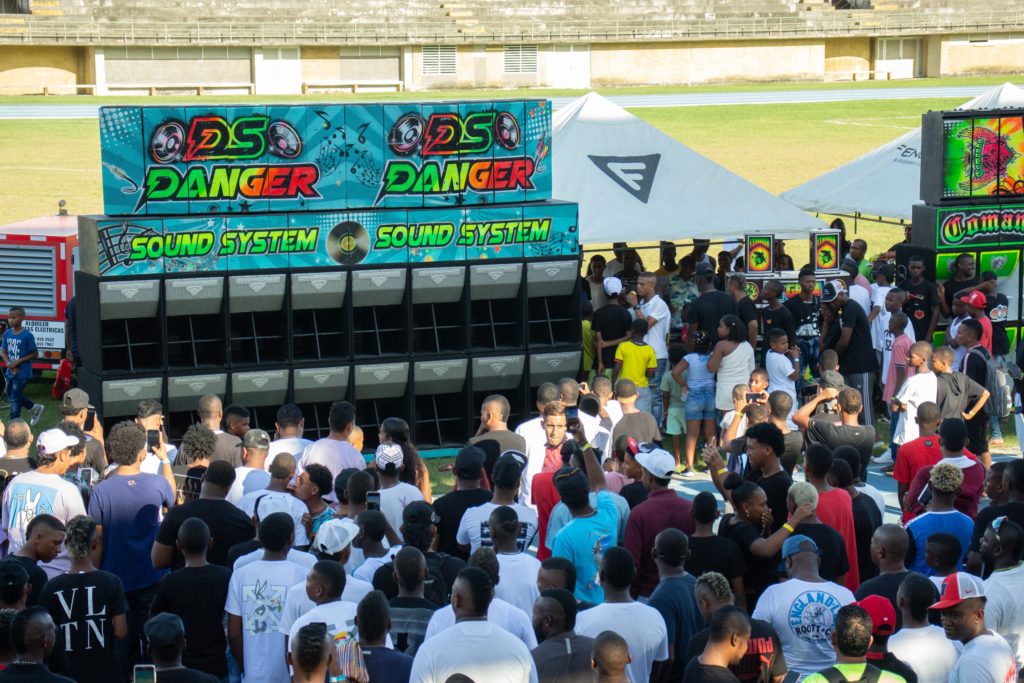 The event continued the process that begun on the 8th of March, 2021 when the partnership between Fundación Mi Sangre (My Blood Foundation), FUNDASEVIDA, the Truth Commission, the International Organization for Migration (OIM– Organización Internacional para las Migraciones), El Gran Latido sound system, and Guache put together a Picotera/sound system session in celebration of the International Women’s Rights day. The event, mostly female-led, was backed by El Gran Latido sound system, who travelled from Bogotá to aid the initiative. The 8th of March event generated experiences and networks that eventually converged in the First Picotero Gathering, entitled Urabá Sound System: Sounding with a Purpose, in July 2021, which has been described in this previous blog. 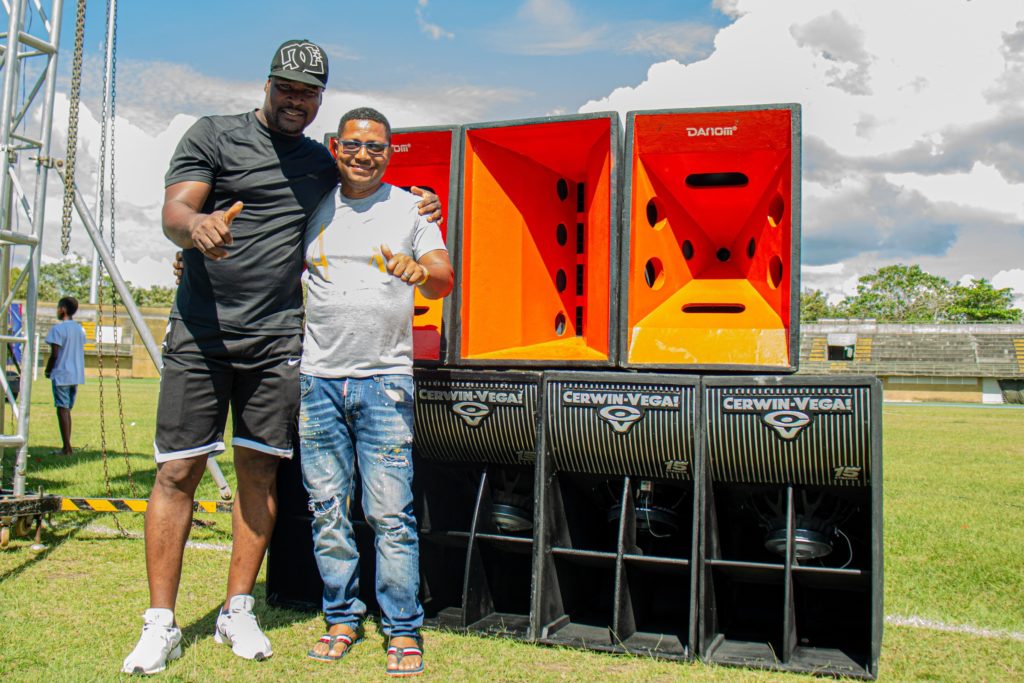 The Colombian armed conflict has been particularly intense in Urabá. During the 1990s and onwards, the region received a considerable amount of internally displaced refugees from Córdoba, Chocó, and Urabá itself to the urban areas of the region. Municipalities such as Turbo, Apartadó, Carros, and Chigorodó held a sizeable population made up of victims of the armed conflict. 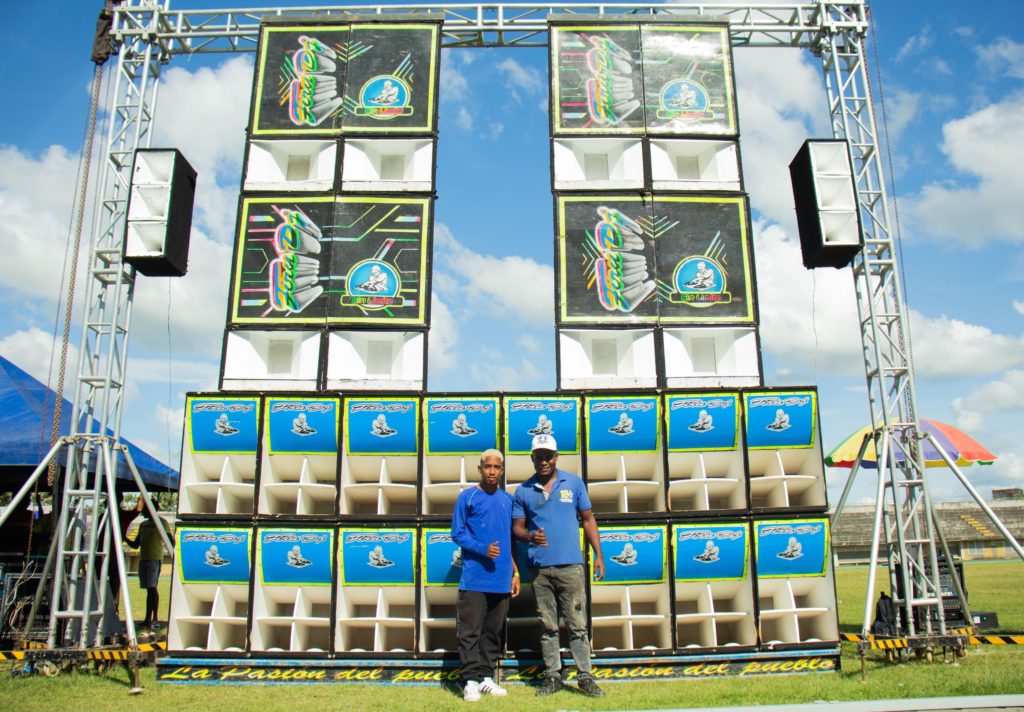 It is the sons and daughters of the people who faced this process of systemic violence and dispossession who have championed picotera and sound system culture as a tool for resistance and protest against the armed conflict. A scenario that nurtures togetherness, the curation of sonic memoirs, and the celebration of corporeal diversity through African rhythms. 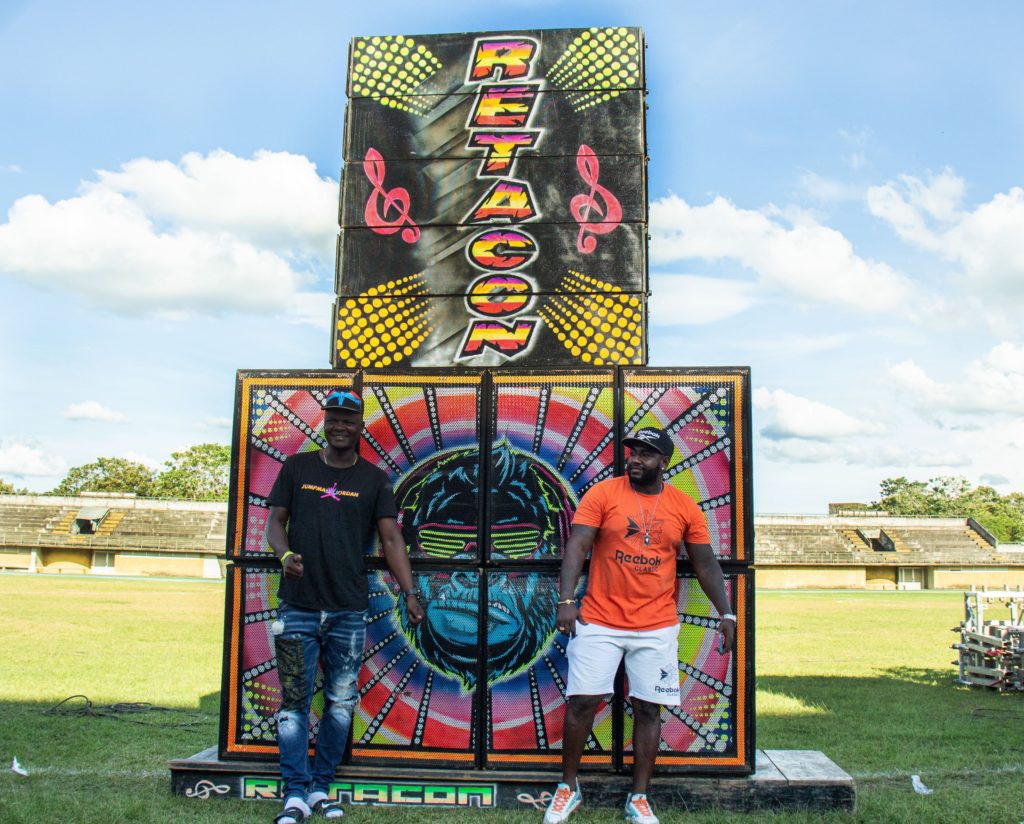 Being a space that cannot be controlled by the colonialist dynamic that the State sometimes embodies, the picotera and sound system scene and culture have been marginalized, persecuted, or made illegal in some instances. Some picó sessions have been affected by aspects of structural violence present in these territories. This has caused the practice and culture of picós to be removed from society at large, despite the fact that it has had a pivotal role in several social and cultural spaces throughout the 1990s and 2000s. Eventually, picós became a target for structural racism, adding to the emotional burden of generations upon generations who had inherited the wounds of the armed conflict. 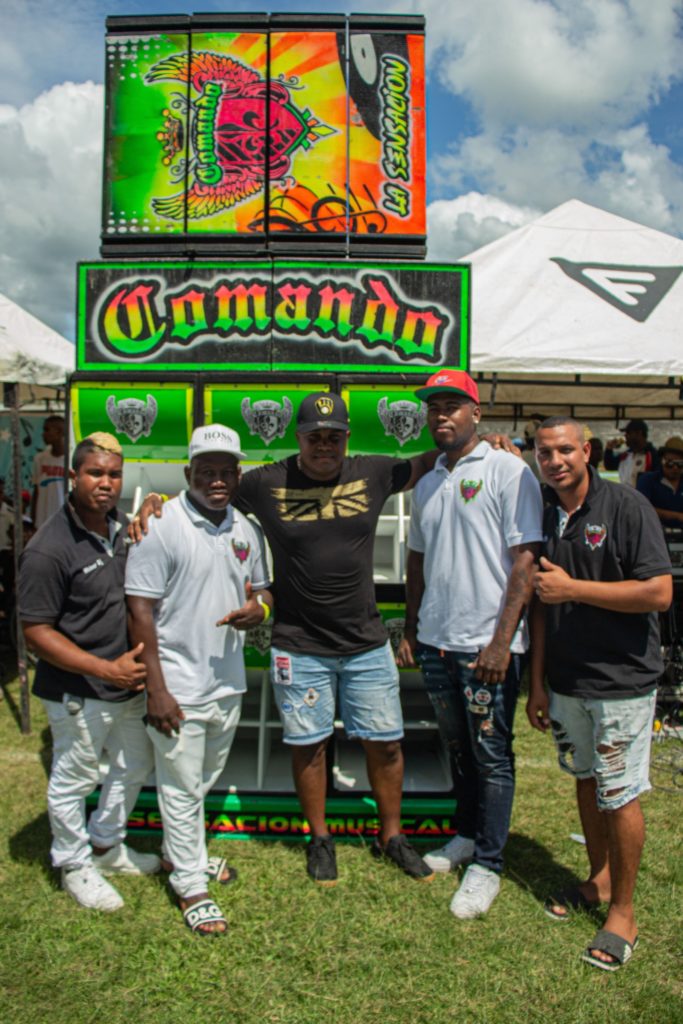 For this reason, in the late 2010s the picós of Urabà were eventually forced to stop playing out, as several banning decrees were enforced. Through these regulatory decisions, the picós equipment could be seized together with the vehicles used to transport them, while owners could face severe administrative fines. 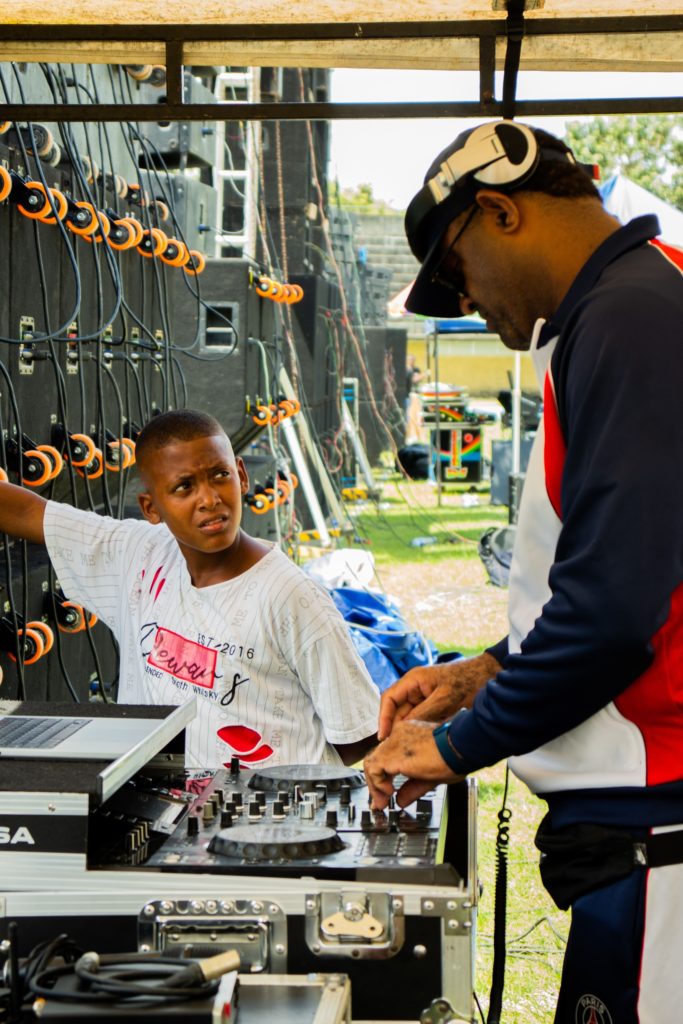 Today, a general acknowledgement that the picós’ music and culture is able to attract the youths is raising. As a result, the creation of pedagogical spaces centered around these sound systems, how they encourage their audience, and how they generate economic dynamics, became a priority. With this in mind, several forums were carried out exploring the possibility of using the picotero movement as the basis of a social initiative to benefit local communities through the prioritization of non-violent leisure spaces for young people and their families. 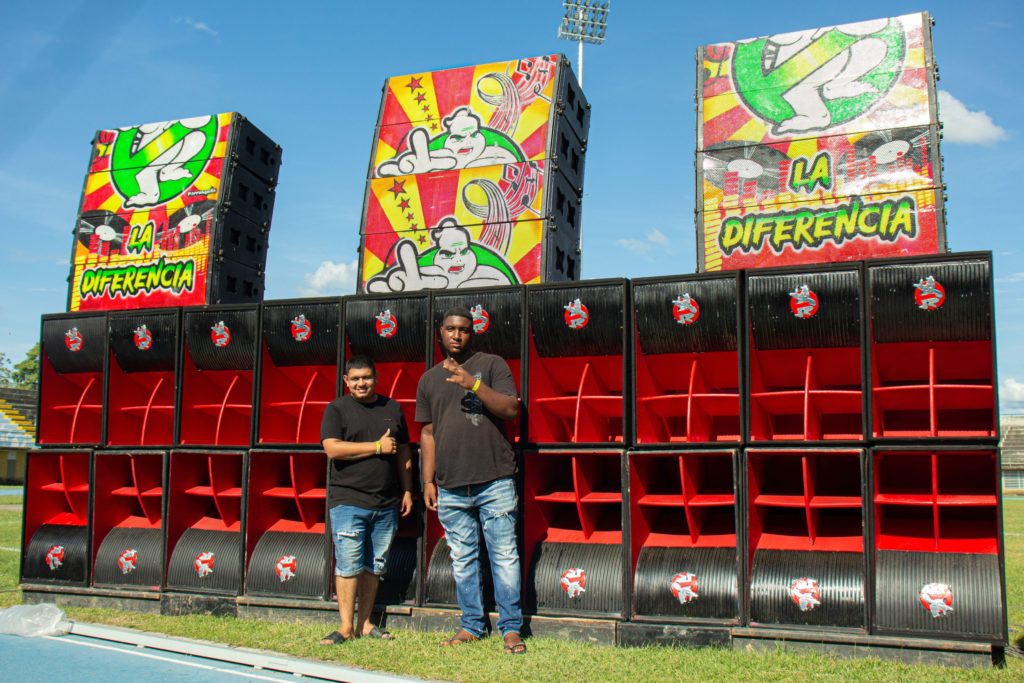 The second Picotero Gathering: Playing with a Purpose also built on a series of initiatives held in cooperation with the neighborhood action committees, who insisted that the picotera industry could help disadvantaged young people and thus be the catalyst for actual social change amongst the youths in Urabá. Ahead of the event, and in parallel with promoting more picotera sessions, negotiations were carried out with Apartadó y Turbo local authorities, with the purpose of explaining the value of setting the educational processes around the picotero movement, and establishing a set of agreements between local institutions, government secretaries, the police, and the picoteros. 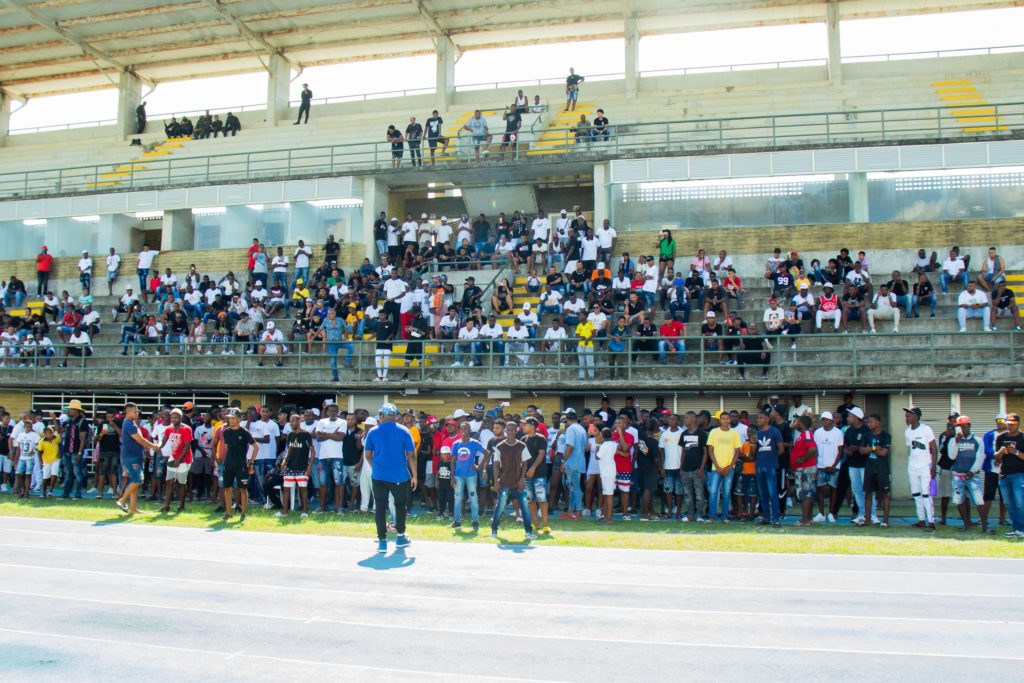 With this favourable convergence it was eventually possible to start a conversation about making picotero culture part of the official cultural heritage of the Urabá region. This builds on the understanding that it represents a space for the nurturing and development of local identities, and a focal point for the reconstruction of roots, heritage, memory, and ancestral legacies. 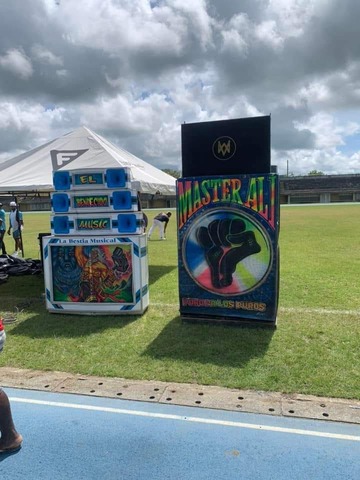 It is also worth mentioning that the ways this process has been carried out had a positive impact on the community. Fights during picó sessions have dwindled almost to the point of fully disappearing since picó MCs and attendees have established agreements to take care of the spaces of the dances in the pursuit of peaceful coexistence. This has become the basis for a process of reconciliation, intensifying actions and territorial activities of social mobilisation with the LGBTQ and female population. 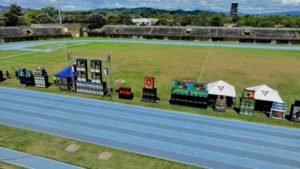 The series of events Picotero Gathering: Sounding with a Purpose has seen a third iteration in November 2022, in the context of the November festivities in the Turbo District in Urabà. This will be documented in a next blog.

Miladis Córdoba Rivas is a public administrator at the Escuela Superior de Administración Pública ESAP (Colombia). She has professional experience in working with women, LGTBQ populations, Afro and indigenous rural communities, particularly in Urabà. Her work is focused towards contributing to the reconstruction of the social fabric, defence of human rights and peace-building.