On Friday 16 July, at 4pm UK time, Sound System Outernational in association with SST is pleased to present an intimate discussion between Gabre Selassie of the renown Kingston Dub Club and the journalist David Katz (author of Solid Foundation: An Oral History of Reggae), followed by an exclusive sound system session from Gabre, as the closing session for Sound System Outernational #7, premiering on the SSO YouTube channel.

During the last fifteen years, Gabre Selassie has stimulated the resurgence of roots reggae and dub in Jamaica through the Kingston Dub Club, a sound system session he staged at various venues around town before setting up a permanent weekly residency at his home in Jack’s Hill, an exclusive enclave overlooking Kingston, which slowly rose to become one of the island’s most celebrated venues. Working with Augustus Pablo’s Rockers International sound system in his youth cemented Gabre’s commitment to message music and after visiting the original Dub Club of London in 2000, he began playing Rastafari-oriented roots and culture in Kingston, including dub made overseas, during a time when hardcore dancehall held sway.

He soon inspired Jah9 to launch her music career and gave space to Reggae Revivalists such as Chronixx and Micah Shemaiah, as well as veterans like Oku Onuora and Kiddus I, while mentoring next-generation selectors such as Yaadcore. Occupying a unique space in a city starkly divided by social class, ethnic origin, political affiliation and religious faith, the Kingston Dub Club is a haven for locals and visitors alike, and although Selassie has faced repressive police action, ostensibly for noise issues, he kept the Dub Club going in the present era of restrictions, operating Covid-secure socially-distanced Sunday sessions, until further restrictions forced a recent hiatus.

During the interview, Gabre will discuss his origins, heritage and youthful experiences of sound system culture, to give context on the evolution of his art as a sound system practitioner, culminating in the formation of the Kingston Dub Club and its subsequent growth; he will also speak of the difficulties in getting his sessions and against-the-grain styles of music to gain acceptance, as well as problems with hostile state forces, as well as efforts to keep sound system culture alive during a time of unprecedented challenges. The exclusive sound system session, recorded live at the Kingston Dub Club, will allow audiences to experience his artistry remotely as the culmination of our five-day symposium, taking place on Zoom 12-16 July.

The interview and the session will be streamed live on SSO YouTube channel. You can register for this and all SSO#7 events on Eventbrite. 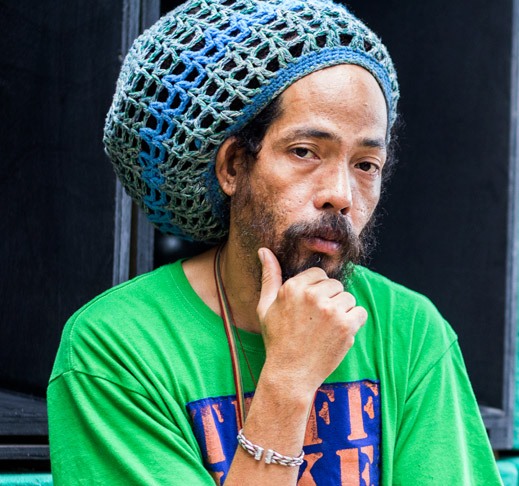